Diversity beyond gender – the next frontier 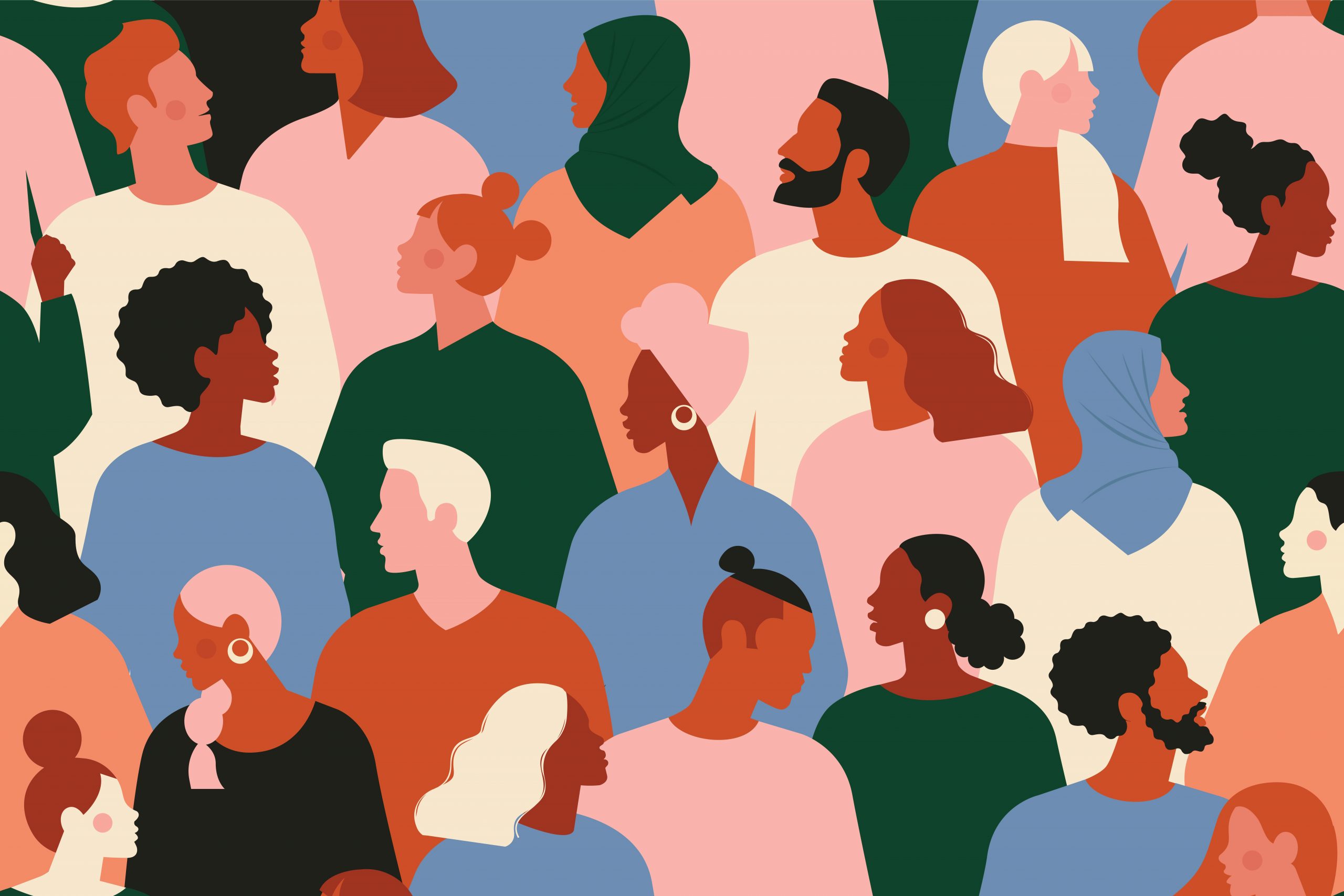 The objective to “leave no one behind” is a universal value of the UN Sustainable Development Goals  (SDGs) and is integral to achieving its 17 calls to action. Reduced Inequalities (Goal 10) specifically addresses income and social inequalities and promotes equal opportunity and inclusion of all, “irrespective of age, sex, disability, race, ethnicity, origin, religion or economic or other status” (SDG 10.21).

Although significant challenges remain, progress towards gender equality has been possible due to the coordinated pressure in corporate and political spheres, and a convergence of definitions and goals. A focus on diversity beyond gender has historically been unchartered and uncomfortable territory for many, however companies tackling the issue are doing so not solely because it’s the “right thing to do” but because of the substantial benefits to company value2.

Diversity is multi-dimensional with a number of challenges:

Ethnic or cultural diversity is an area where we are seeing an increasing focus in addressing the challenges. We turn our attention to this dimension further below given there is a growing call for change by the international investment community and because several events during the past 18 months have focussed public attention on systemic racism and lack of cultural representation in the corporate world. These include:

The case for better cultural diversity

The concept that diverse and inclusive teams lead to better decision-making and innovation is broadly accepted and supported by a maturing body of evidence8. Specifically relating to racial diversity, a study by global consulting group McKinsey spanning over 1,000 companies across 15 countries found that – despite slow progress of ethnically diverse representation on leadership teams (see graphic on right) – companies with diversity of ethnicity are 36% more likely to financially outperform their peers as measured by EBIT margin9. Additionally, analysis by the Wall Street Journal found that S&P 500 companies which score best on a number of diversity metrics including board demographics, not only outperformed based on operating profit margin, but also produced better stock returns10.

Closer to home, results from the Diversity Council of Australia and Suncorp’s “Inclusion@Work” Index11 has indicated that inclusive workforces are likely to be more productive, innovative and stay with their current employer. Embracing cultural diversity can also mitigate risks; an interim report handed down by the Australian Senate enquiry into the destruction of the Juukan Gorge caves found one of the factors instrumental to the destruction was that “the cultural and institutional structure within Rio Tinto did not adequately prioritise Indigenous heritage.”12 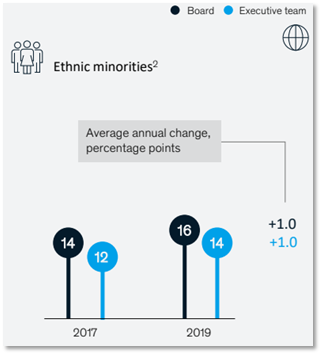 Why is culture and ethnicity so hard to measure?

With clear financial benefits for company performance, and arguably minimal costs to implement, it begs the question why cultural and ethnic diversity hasn’t been a bigger focus for corporates to date. There’s the adage “what gets measured gets managed,” but in considering measurement we run into further issues of privacy, data collection, potential employee cynicism, as well as the most important question, what are we actually trying to measure and target? Some important elements to consider when seeking to measure cultural and ethnic diversity include:

The Diversity Council of Australia’s recent publications Counting Culture 2021 and Guide to Conducting a Diversity survey provide invaluable resources in an Australian context for helping measure diversity and culture. Just like no one survey question can accurately reflect someone’s identity, we believe there is no one correct approach, and we encourage corporates to be both introspective and brave when deciding what a more culturally or ethnically diverse organisation means for them. For example, a national bank, insurer, retailer or telco might strive to achieve a leadership team and workforce that reflects the diversity of their customer base. Global companies may need specific leaders who are attune to the cultural complexities relevant to a country they operate in, export to, or source critical inputs from such as labour or raw materials.

Medibank Private
Medibank is one of the largest private health insurers in Australia providing access to quality essential health-care services to ~3.7 million customers. Medibank is a significant employer in Australia with ~4,000 employees. Medibank is one of a handful of Australian/NZ-listed companies that disclose the diversity of its workforce by ethnicity / background and disclose that 22% of their extended leadership team identify as being from a non-Australian, New Zealand or British background.15  Melior views this as a positive first step and will be engaging with and advocating to Medibank to extend this disclosure and set targets for the broader diversity of its board beyond gender. 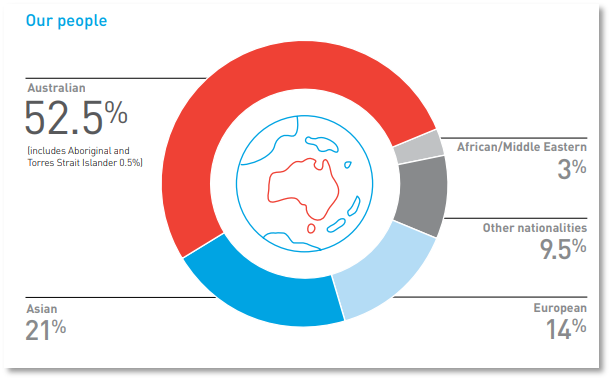 Board diversity in focus

Anti-discrimination has been enshrined in Australian law since 197516, and based on our data 99% of companies within the S&P/ASX 300 Index publish an Inclusion & Diversity policy. However, such policies are merely a starting point to break down entrenched structural barriers that disadvantage certain groups, which can begin early in someone’s life. “You can’t be what you can’t see” encapsulates the difficulty to aspire to positions of power or visibility if the pathway to achievement has not been laid out by someone you can identify with. Just as the push for gender equality began with the 30% Club’s focus on board directors, and ASX Corporate Governance Principles have been a big driver of improving disclosure, target setting and reporting around gender diversity, we believe boards can also serve as a lever to drive this next dimension of diversity – a sentiment echoed in the UK and the US.

United Kingdom: In 2016, the UK government commissioned an independent review by Sir John Parker into the ethnic diversity of UK-listed company boards. The Parker Review set out objectives and timescales to encourage, through voluntary data submission, greater diversity including for each FTSE 100 Board to have at least one director from an ethnic minority background by 2021. Subsequently, in July 2021, the Financial Conduct Authority (FCA) launched a consultation on proposals to improve transparency on the diversity of listed company boards. One of the proposed ‘comply or explain’ statement targets is that “at least one member of the board should be from a Non-White ethnic minority background.”

United States: The US Equal Employment Opportunity Commission has required all private sector employers in the US with more than 100 employees to submit demographic workforce data, including data by race/ethnicity, sex and job categories since 1966. Many US companies publicly disclose this data in their annual reporting. In August 2021 the US Securities and Exchange Commission (SEC) approved a proposal by Nasdaq requiring companies that list shares on its exchanges to have at least one woman director in addition to another board member who self-identifies as an underrepresented minority or LGBTQ+17. If company boards do not meet these requirements, they must explain in writing why they have failed to do so.

Microsoft Corporation (US listed, not owned by Melior) disclosed in 2020 that three of the twelve members of its board of directors are racial or ethnic minorities. The company also discloses the 5-year progression of gender and ethnic workforce representation across its global and US businesses respectively.18

In January 2021, State Street Global Advisors, the world’s fourth largest asset manager,19 has committed to vote against the Chair of the Nominating and Governance Committee of any portfolio company in the S&P 500 or FTSE 100 that (a) does not disclose the racial and ethnic diversity of its Board of Directors by 2021, and (b) does not have at least one director from an underrepresented community by 2022.20 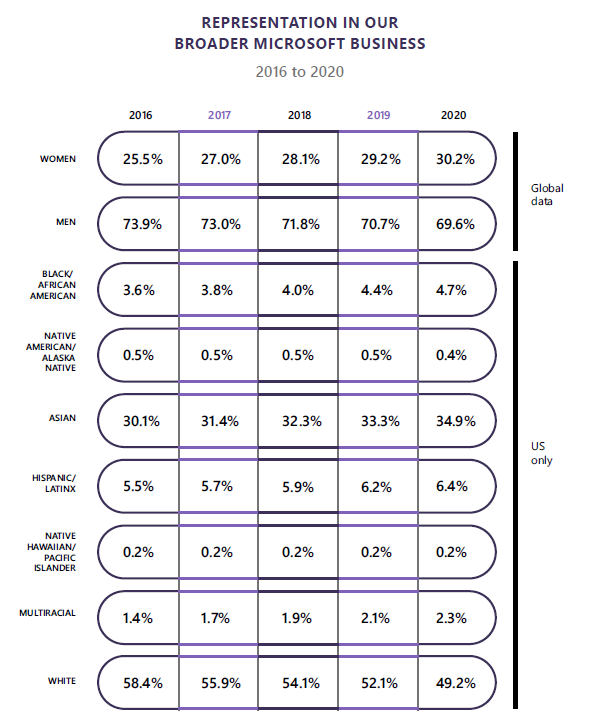 Melior has established 6 strategic absolute targets for companies in our sphere of advocacy to achieve by 2030 which will be discussed in detail in our soon-to-be-released 2021 Annual Impact Report . One of these targets relates to board diversity. Currently, basic data disclosure, let alone ambition from targets, on other dimensions of diversity besides gender is extremely limited. We believe that companies should disclose the self-identified diversity of their boards beyond gender, and target (at a minimum) one director who self-identifies as an underrepresented minority based on dimensions such as ethnicity, age, disability, religion or LGBTQ+ by 2030.

We have not been able to find any Australian companies that disclose the diversity of their boards beyond gender. We understand that our target is aspirational and may evolve over time as we actively explore broader diversity further. We feel however that it is important to begin engaging with Corporate Australia on this topic and extending the diversity focus beyond gender.

Whilst we have a gender diverse team we recognise that we too have further to go in broadening the diversity in our own team. We are however pleased to report that we extended the diversity of our Advisory Council beyond gender last year with the appointment of a member from a minority background who brings diversity from both an ethnicity and age perspective, which has further enriched and enhanced the discussions at our Advisory Council.

NB: We interchangeably use the terms racial, ethnic, and cultural diversity, which we have done deliberately allowing for the complexity of the subject and admitting that narrow definitions of ‘otherness’ can be problematic when imposed, are not always clear-cut in an Australian and New Zealand context which interplays historical impacts of First Nations peoples, colonisation, immigration and globalisation. We acknowledge the distinct differences of each term, particularly with ‘culture’ often used as an umbrella term encompassing race, ethnicity, religion, language and/or social class.

This content is for general information only. In preparing and publishing this content, Melior Investment Management Pty Ltd (ACN 629 013 896, authorised representative no. 001274055) does not seek to recommend any particular investment decision or investment strategy and has not taken into account the individual objectives, financial situation or needs of any investor. Investors should consider these matters, and whether they need independent professional financial advice, before making any investment decision.