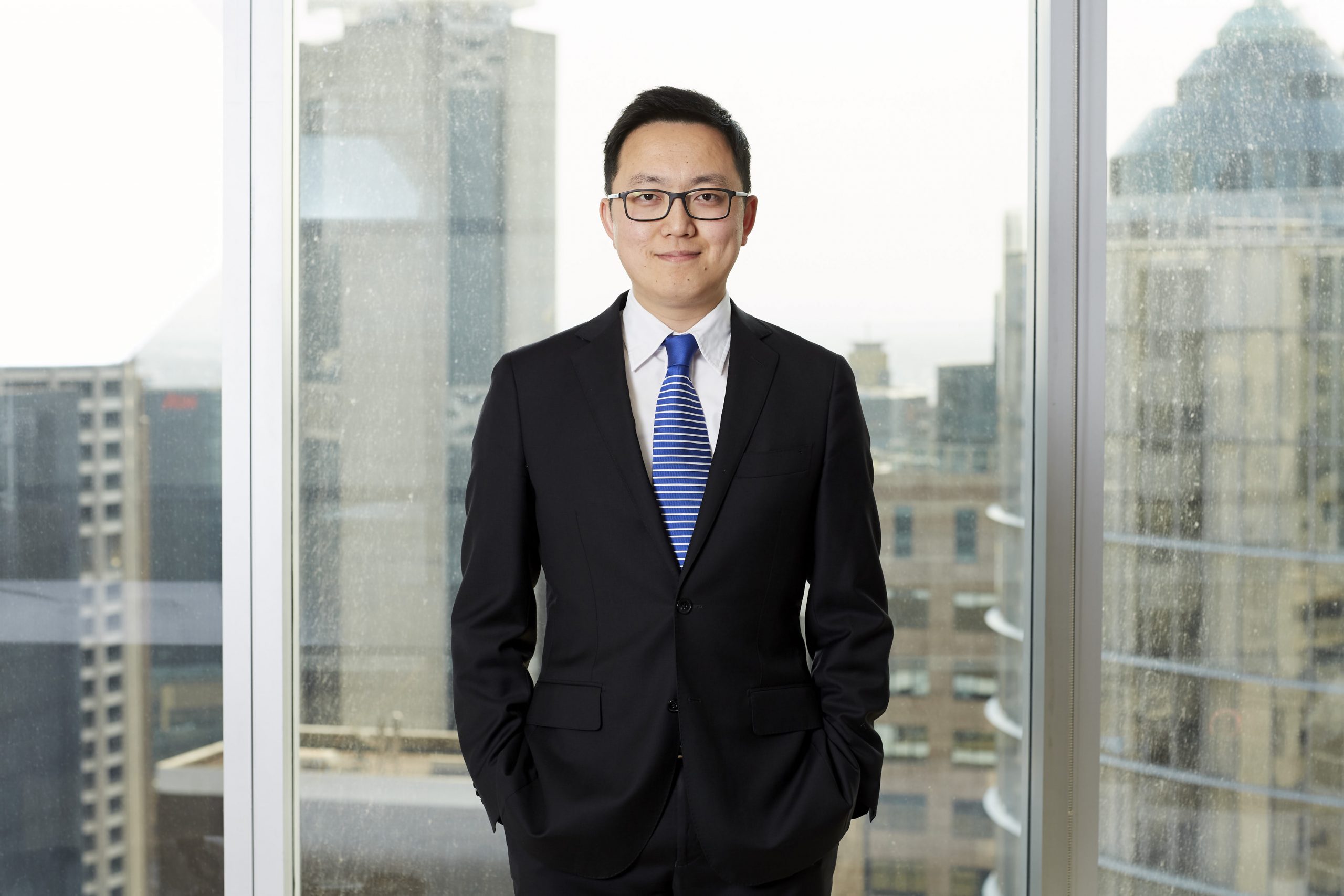 Bill Gates once famously said in 1994, “We need banking. We don’t need banks.” Banking’s role in providing lending is a critical enabler to economic growth. Yet why do we leave our savings with banks despite the exponential technological advances over the last two decades? Because we trust them. The simple truth is you wouldn’t leave your life savings with a stranger nor would you lend money to unknown individuals. The word credit is also derived from the Latin word “credo” – I trust. So why has our trust in banks eroded so much in recent years? 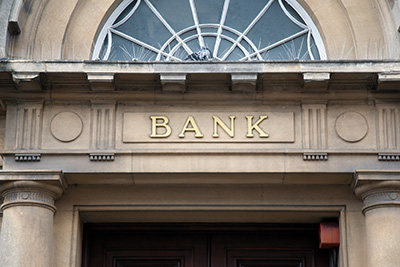 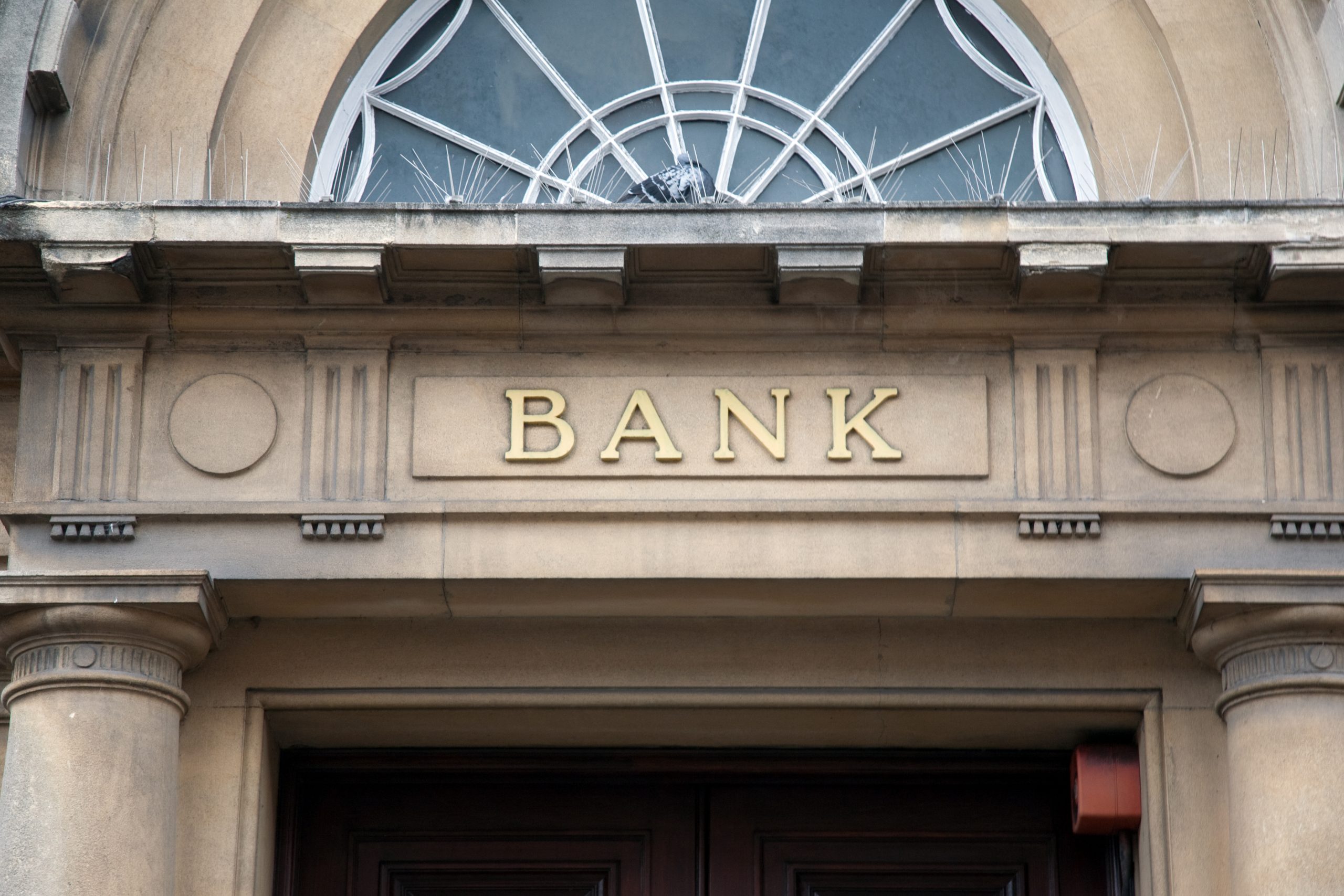 Bill Gates once famously said in 1994, “We need banking. We don’t need banks.” Banking’s role in providing lending is a critical enabler to economic growth. Yet why do we leave our savings with banks despite the exponential technological advances over the last two decades? Because we trust them. The simple truth is you wouldn’t leave your life savings with a stranger nor would you lend money to unknown individuals. The word credit is also derived from the Latin word “credo” – I trust. So why has our trust in banks eroded so much in recent years?

Culture – the power of language

Corporate culture is an extremely important, and often the most critical aspect, when assessing a company. So important, that the overarching theme of Commissioner Haynes’ Royal Commission report was corporate culture. He described it as “what people do when no-one is watching. Culture can drive or discourage misconduct….. although culture cannot be prescribed or legislated, it can be assessed.”1


One of the ways to assess culture is through Melior’s proprietary language processing tool which provides an indication of corporate culture by clustering key language from large amounts of report data. We have focused on risk, customer, income and remuneration language used in financial reports over the last five years to reflect the core issues facing the big banks from the Royal Commission. A number of interesting findings can be observed from the data: 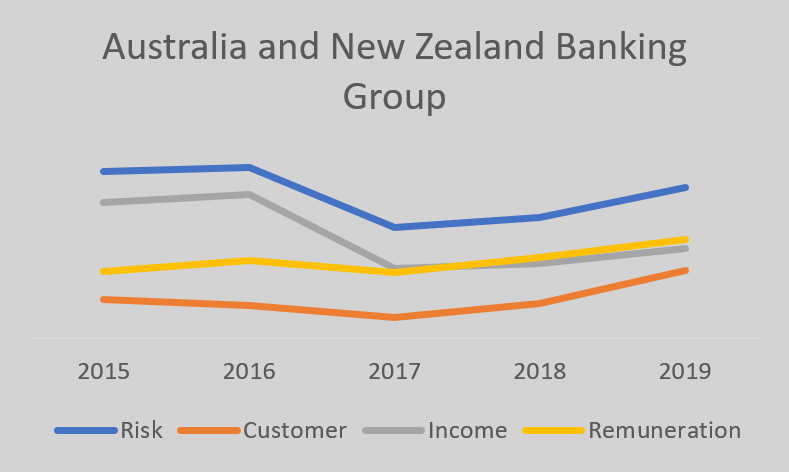 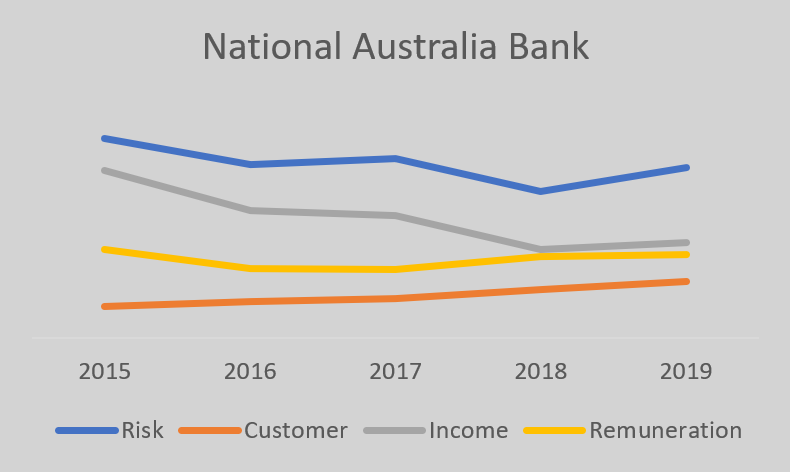 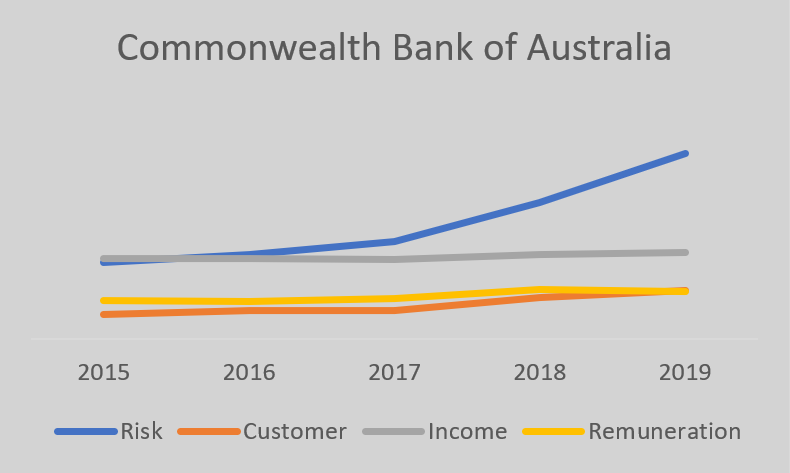 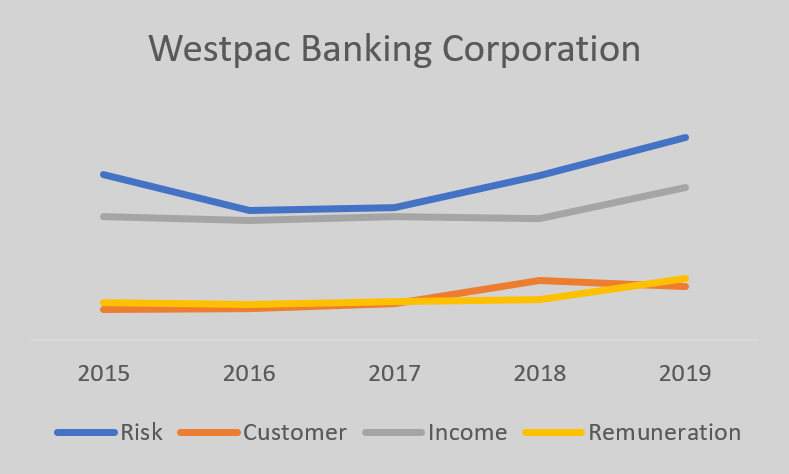 The analysis below takes a closer look at the incentives of key management personnel in the financial year ended 2017, prior to the Royal Commission to determine if there were any leading indicators into corporate culture for the big four banks:

With respect to Long Term Incentives (“LTI”), Total Shareholder Return (“TSR”) is a major component of most Australian listed companies. TSR is a measure of share price and capital (dividend) returns, typically compared to a certain benchmark or peer group of like-for-like companies. Macquarie Research estimates that 70% of ASX listed companies include TSR as a performance metric.3 Unsurprisingly, all four major banks included TSR in 2017 and for ANZ, the only measure of long-term performance was the share price. This also correlates with the Royal Commission ANZ fallout. Unfortunately, LTIs were largely unchanged since the Royal Commission.

At Melior, we do not believe that the performance of a Company’s share price, which may be influenced by externalities outside of management control, is the right incentive for management as it fails to take into consideration other stakeholders such as customers and the community. We believe that the TSR weighting for LTIs should be reduced to align management to a broader set of stakeholders.

In our view the alignment skew of remuneration towards financial outcomes has been a significant contributing factor to their recent misconduct. Melior monitors any changes to remuneration policies through our proprietary ESG framework.

Too big to manage?

Since 2018, three of the big four banks have published their Culture, Governance and Accountability reports, with ANZ being the only bank not to self-publish. Here are some key findings from those reports:

A good proxy for a bank’s investment in compliance tools is to look at technology expenditure as percentage of sales. Analysing the results for ANZ, CBA, NAB and WBC over the last five years indicates that technology spend has increased but not at a step change pace for most banks.  NAB is the exception with a significant increase in spend in 2019 following a period of underinvestment versus peers. Interestingly, whilst Westpac had the highest technology spend over this period, they have not been shielded from system related compliance breaches with the recent AUSTRAC Statement of Claim pointing to underinvestment in Westpac’s key IT systems “…failure to properly resource the AML/CTF function, to invest in appropriate IT systems and automated solutions…”.7 This suggests that current technology expenditure has not been sufficient to manage the complexity of financial institutions and increasing compliance and regulatory demands. We expect further IT expenditure to be required going forward. 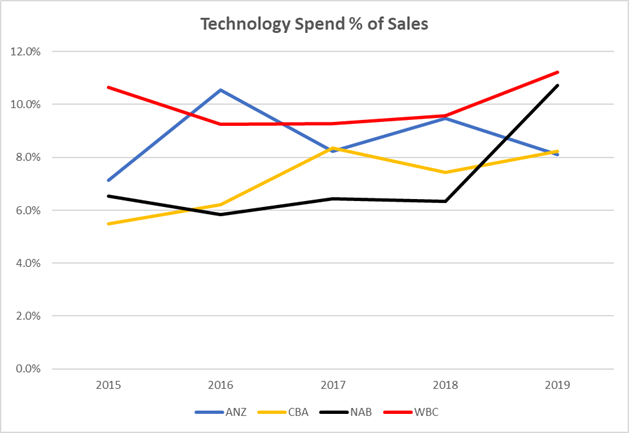 From an impact perspective, Melior recognises the benefits of banks in providing economic growth particularly in areas such as small business lending. Melior however do not currently have exposure to Australian Banks due to:

Melior however is advocating for positive change in the banking industry through direct company dialogue and participation in the Australian Sustainable Finance Initiative (“ASFI”). Specifically, Melior is advocating for:


This content is for general information only. In preparing and publishing this content, Melior Investment Management Pty Ltd (ACN 629 013 896, authorised representative no. 001274055) does not seek to recommend any particular investment decision or investment strategy and has not taken into account the individual objectives, financial situation or needs of any investor. Investors should consider these matters, and whether they need independent professional financial advice, before making any investment decision.